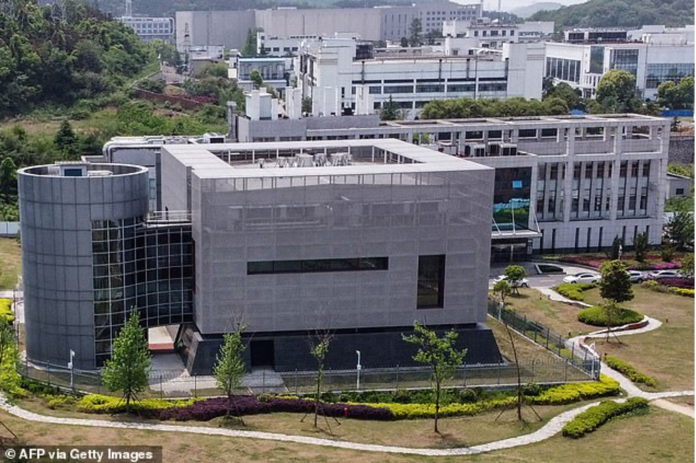 A German scientist says he is ‘99.9 per cent sure’ that coronavirus leaked from a Wuhan research lab.

Dr Roland Wiesendanger, a physicist from the University of Hamburg, has published a 100-page paper laying out what he claims is evidence pointing to a leak at the Wuhan Institute of Virology, in the city where the pandemic began.

The professor says the fact that no animal host has been found, safety concerns about the lab, and the fact that researchers were involved in controversial ‘gain-of-function’ research to make viruses more infectious to humans all confirm his view.

But others have slammed his ‘research’ – saying it is unscientific, relies on newspaper reports and YouTube videos as sources, and point out that he is not a virus expert.

His paper was published just 10 days after WHO scientists probing the origins of Covid in Wuhan urged scientists to dismiss lab leak theories, saying the possibility is ‘extremely unlikely’.

Dr Wiesendanger openly admitted to German media that he has no ‘scientific basis’ for believing the virus escaped from the Wuhan lab.

But he insisted that there is plenty of ‘circumstantial evidence’ that suggests a lab leak is the most likely explanation.

I am 99.9 percent certain that the coronavirus came from the laboratory,’ he told German newspaper ZDF.

Among the evidence that Dr Wiesendanger puts forward is the fact that, despite China’s insistence that thorough searches have been carried out, no natural host for the virus has yet been found.

The closest relative of Covid to be found in nature is a coronavirus found in bats living in a mine in Mojiang in 2012 – labelled RaTG13 by researchers.

Dr Wiesendanger points out that these bats live some 1,200 miles from Wuhan, meaning it is unlikely they carried the virus to the city.

WHO scientists also pointed out in their own report that contact between citizens of Wuhan and bats is uncommon.

But while WHO researchers conclude that the virus must therefore have jumped to a secondary host which does come into contact with humans before making the jump, Dr Wiesendanger goes a different route.