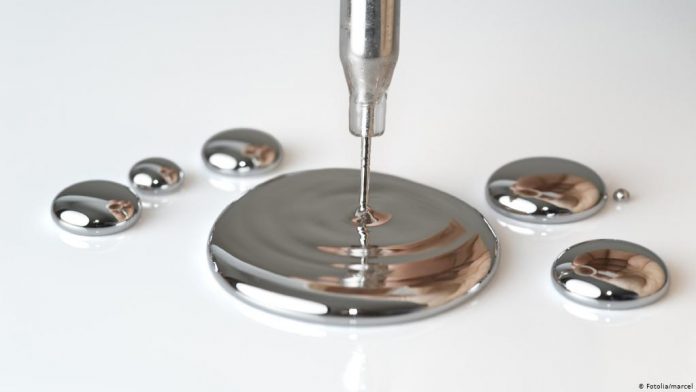 Four non-profit organisations in Antigua and Barbuda have embarked on an ambitious campaign to reduce and phase out mercury in the country. Mercury is a highly toxic chemical that over time causes harm to our health and the environment. The Marine Protected Areas Trust (MEPA), the Medical Association of Antigua and Barbuda (MAAB), The Christian Union Church (CUC), and Zero Waste Antigua and Barbuda (ZWAB) have all received funding from the Global Environment Facility/Small Grants Programme to implement the Mercury Phase-out Project – “Contribution Towards Implementation of the Minamata Convention on Mercury, and Phasing-out and Disposing of Mercury Added Products in Antigua and Barbuda”. The project is being spearheaded by Nicola Bird, Ph.D., Executive Director of Integrated Health Outreach (IHO).

Mercury is a ubiquitous element found in foods we eat, particularly larger species of fish and in everyday products that we use. Various appliances, including fluorescent lightbulbs, batteries, thermometers, and light switches, as well as amalgam dental fillings, some skin lightening creams, and other cosmetics, contain mercury. Its negative health impacts cause damage to the central nervous system, thyroid, kidneys, lungs, immune system, eyes, gums, and skin. Persons may suffer memory loss or language impairment, and the damage to the brain cannot be reversed. Children, pregnant women, and women of child-bearing age are particularly vulnerable.

In February 2017, the government of Antigua and Barbuda signed on to the Minamata Convention, a global treaty to protect human health and the environment from the adverse effects of mercury. The focal point for the Convention is Dr. Linroy Christian, Director of the Department of Analytical Services. Dr. Christian is overseeing several initiatives to assist in the reduction and elimination of mercury, from research to the implementation of various projects. The four organisations MEPA, MAAB, CUC, and ZWAB are working closely with Dr. Christian, to create public awareness and bring the population on-board with recommended courses of action. These include:

Each person in Antigua and Barbuda can play a significant role in reducing the impact of mercury on their health and environment by making simple shifts in their behaviour. Properly disposing of mercury-added products, reading labels, and making wiser, mercury-free choices in consumables, cosmetics, and foods, will all go a long way in reducing mercury contamination.

The public is encouraged to learn more about mercury and its impact by visiting the following websites: www.mercuryphaseout.com, www.mercuryconvention.org, and www.bcrc-caribbean.org