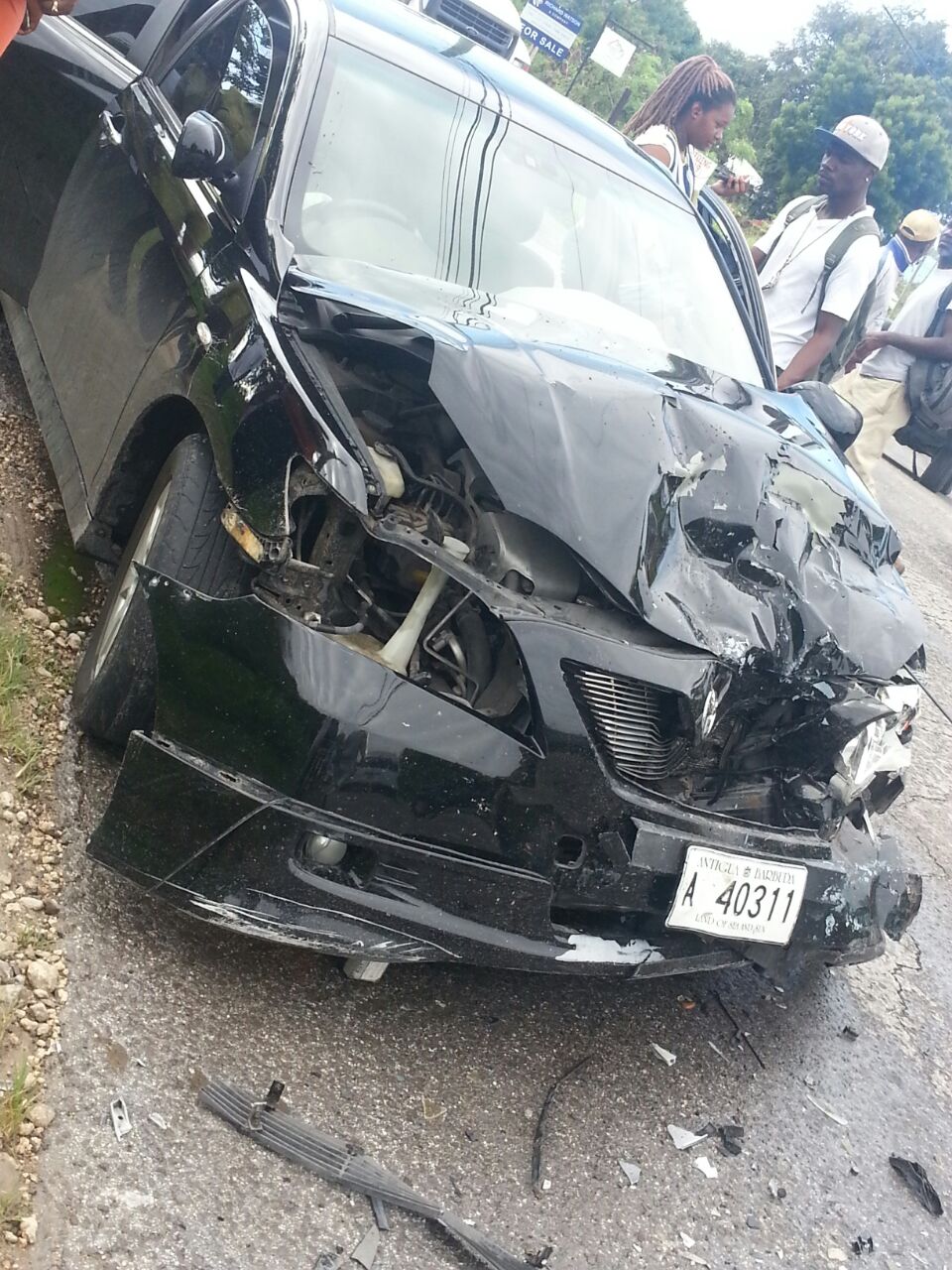 At least one person was taken to the Mount St. John’s Medical Centre after an accident in Falmoth this morning.

It occurred about 7:50 a.m while a woman and her baby was travelling to English Harbour.

The female driver lost control of the vehicle and collided with something on the side of the road.

Antigua News Room understands that the child seating in front was not wearing a sear belt, luckily the air bags were deployed.

The ambulance was called in and took occupants to hospital for treatment.

Who was injured and the exact extent of the injuries are not yet known but the occupants report pain about the body.

The black car, A 40311 received damaged mainly to the front.