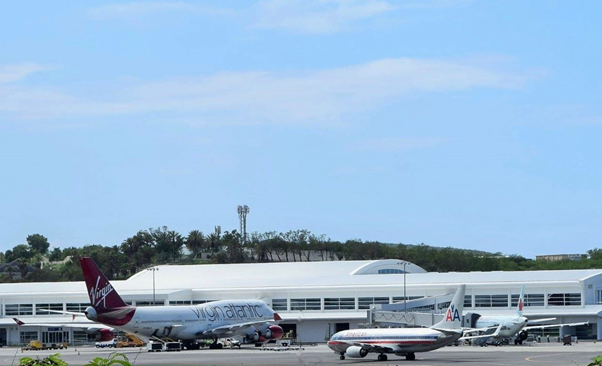 Antigua and Barbuda will see a boost in airlift for the winter season as demand for the destination increases amongst travellers seeking to escape the cold weather.

The V.C. Bird International Airport will become a hub of activity as Air Canada returns to Antigua on December 6, while US and UK airlines add-on additional flights to the destination within the month.

Antigua and Barbuda Minister of Tourism, The Hon. Charles Fernandez said: “We are heading into the holiday season with increased airlift which, will be a catalyst for the destination going into the first quarter of 2021.

With the global dip in business travel brought on by the pandemic, airlines are shifting their focus and their planes, to the leisure travel market where the demand is slightly better. Consumer confidence is returning, and we are ensuring that we have the airlift in place to support the demand that we will see going into the first quarter”.

Delta Airlines will also be ramping up their Atlanta service to Antigua in a move that will see the destination go from one Saturday flight, to five flights scheduled for Monday, Tuesday, Friday, Saturday and Sunday, starting December 18. Flights are also due to begin from the JFK International airport on January 16.

United Airlines will continue with a weekly flight on Saturdays out of Newark.

CEO of the Antigua and Barbuda Tourism Authority Colin C. James encouraged tourism stakeholders to remain optimistic going into 2021. “We are seeing an uptick in leisure travel, which is really taking up the slack from business travel. Demand for the destination is extremely strong.”

The Antigua and Barbuda Tourism Authority and the Ministry of Tourism have within the last few months held meetings with airline partners to discuss projections for the destination going into 2021.

“Our country’s tourism continues along the path of positive recovery with airlift increases. Five flights from Atlanta with Delta, is the most flights we have ever had. This airlift coming out of Atlanta is a vote of confidence in the destination,” James said.

Arrivals out of the United Kingdom will also steadily increase as British Airways has announced the return of daily flights to Antigua starting from December 11 until January.  A strong demand for Antigua has also resulted in two additional flights being operated by British Airways.  For the first time ever, the airline will operate two flights on the 19th of December and two flights on the 26th of December.

The Virgin Atlantic service continues out of Heathrow.

Air Canada returns this Sunday December 6, with a full flight. Sunwing and WestJet are yet to announce resumption dates for flights to the destination from Canada, but the carriers are expected to resume flying early in the new year.

November also saw the return of LIAT Airlines to the skies, with the resumption of regular commercial service on November 30. The airline will operate flights, five days a week to seven destinations: Antigua, Barbados Dominica Grenada, St. Lucia, St. Kitts, and St. Vincent.